The British Blue Eyed Cat’s history goes back to the Rome’s invasion of Great Britain! This breed is one of the longest running breeds of English cat, originating as a barn cat.  At one time, Blue Eyed British Cats were superior hunters and protected many barns from various prey. Now, this cat has effortlessly adjusted to family life and all the many comforts that brings – including lots of naps and affection from its owners!

Blue Eyed British Cats have beautiful and piercing round blue eyes. They typically have a gray, blue, or white coat, but can come in other colors as well, such as copper, brown, and black. They have a cherubic, round face, and a short snout, and pointed ears. Their cheeks are high and bulbous and they have circular whiskey pads, making their smiles especially animated. The Blue Eyed British Cats are famous for their expressive faces. Their personality and feelings shine through their faces, and they will not hesitate to tell you when they’re happy or when they’re displeased!

Olga searched far and wide before finding the perfect British pair. The female came from a remote city in the far east of Russia called Petropavlovsk-Kamchatsky, and the male came from Zelenograd. Together they make the perfect couple! 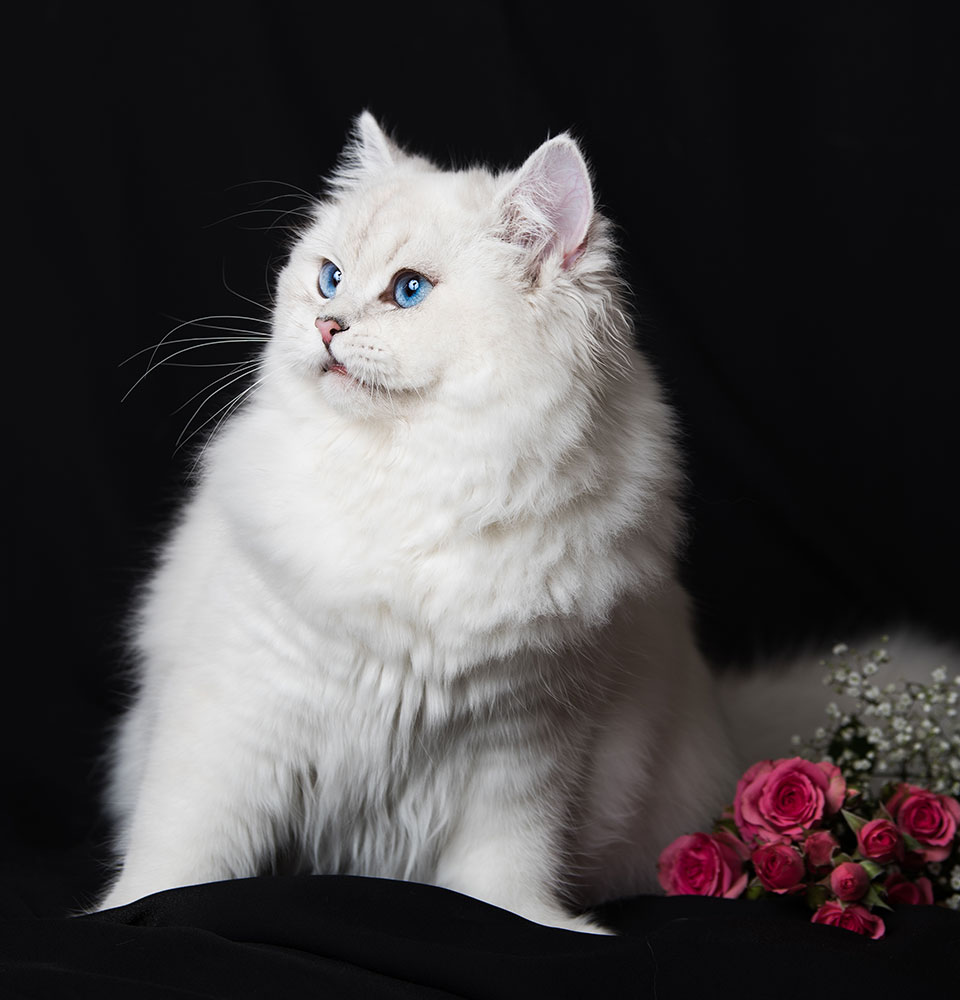 Blue Eyed British Cats require very little care, other than brushing to prevent matting of their fur.  They are independent cats who love to follow around their owners. When left alone, they enjoy being sedentary and taking cat naps on the in the warmth of the sunlight. 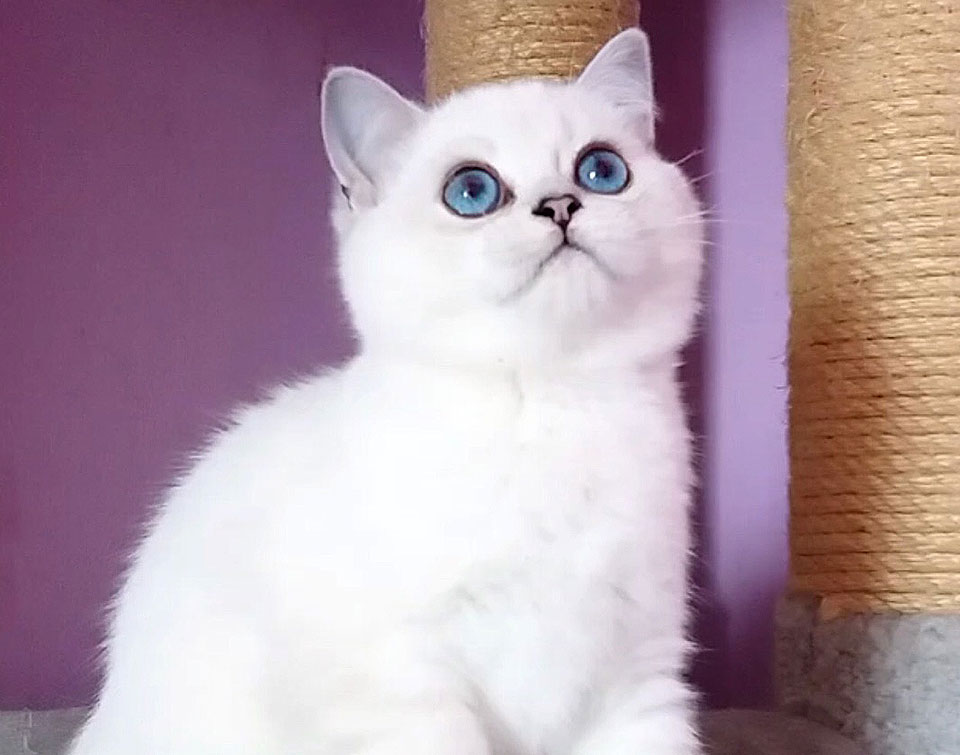